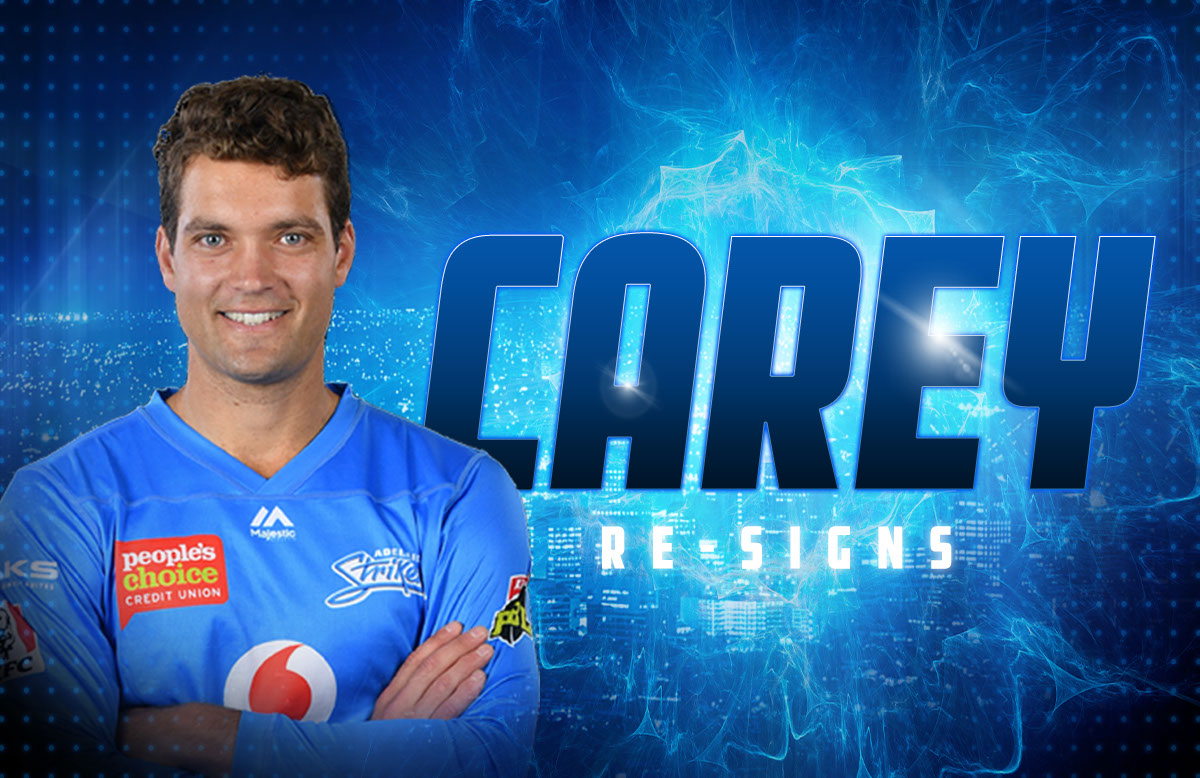 Carey pens the contract as Australia’s first-choice limited-overs gloveman, with his maiden ODI century securing the national side a 2-1 series victory over England in September.

The 29-year-old first joined the Strikers in 2017 ahead of BBL|06, and already sits third on the runscorer tally with 1163 runs from his 35 matches played, including one century and six half-centuries.

A member of the Strikers’ maiden Championship team in BBL|07, Carey’s one BBL 100 to date came against the Hobart Hurricanes that season, needing just 56 balls to complete the milestone at Adelaide Oval.

The classy gloveman is also top of the pile for Strikers dismissals, with 37, featuring 33 catches and four…

Some of the restrictions have now been lifted. Stay up to date with changes as …

If you are heading out today, be COVID safe. Please remember: Keep 1.5 metre…